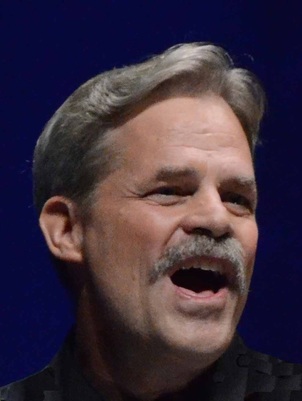 The dashing tenor of Artistic License is the legendary Todd Kidder. Although smaller in stature than the other three, he’s somehow larger than life. Todd has been singing barbershop for about 7 zillion years. He actually started at age 4. Really. Most audiences first saw him in Kidder & Sons Inc., our 1987 FWD Champs. He also sang with Freestyle and in VocalEase, so he’s been performing at the championship level for years. Todd’s tenor voice is very distinctive, as is his infectious humor. Todd has been a Law Enforcement Officer for over 26 years and currently holds the rank of Sergeant with a Northern California Police Department. He and his beautiful wife Diane live in Vacaville, the town where they both grew up. They have five grown children and six grandchildren.