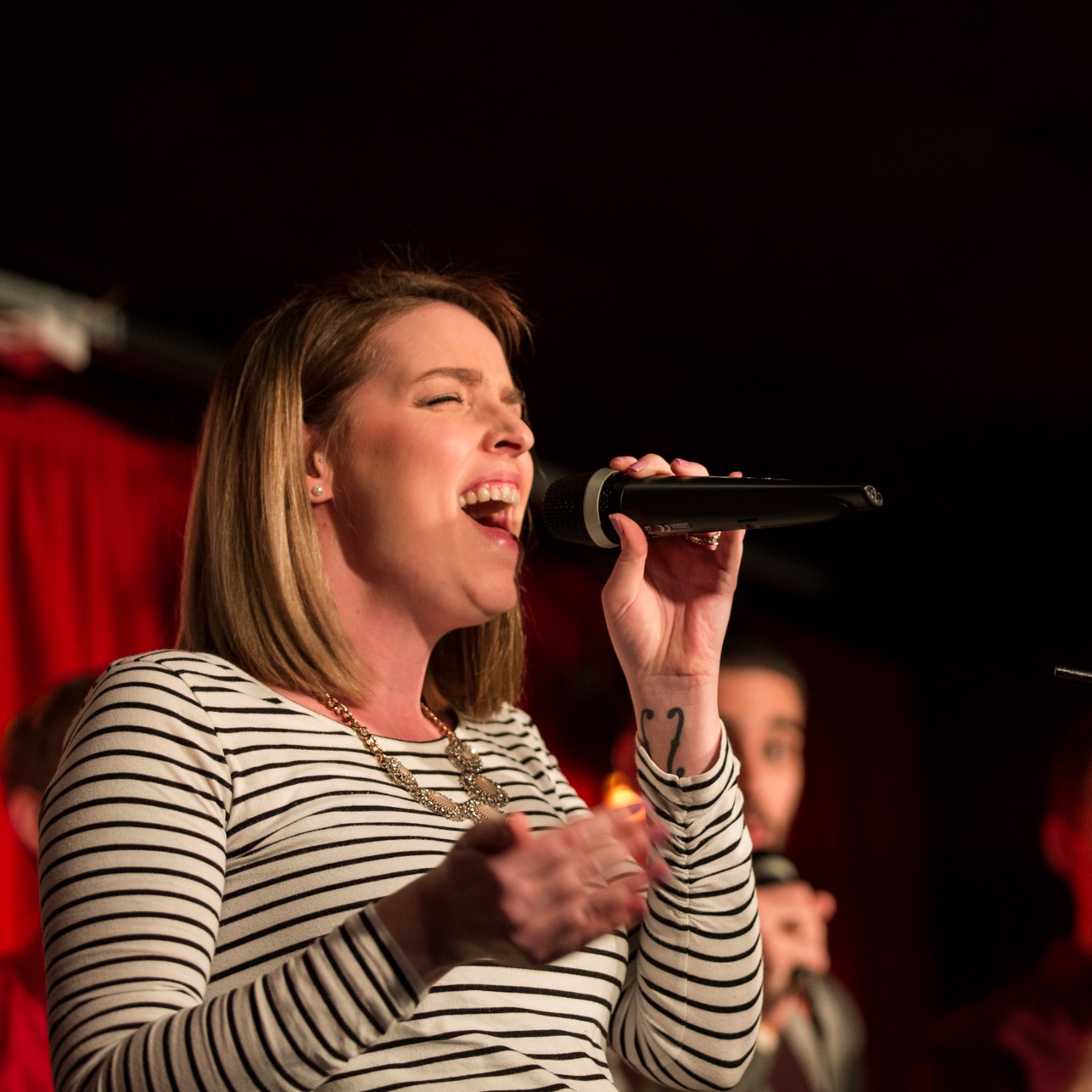 Rachel founded The Over Tones in February 2015 when she noticed a gap in the Los Angeles a cappella world. Since then, she has been the fearless musical director of the group. Rachel is originally from the Bay Area. She majored in violin performance at UC Santa Cruz and currently plays in the San Fernando Valley Symphony. She was the musical director for multiple musical theater companies in the Santa Cruz area and has been directing choirs since she was 15 years old. Her interests include wine tasting, binge watching shows, taking road trips with her awesome husband, and playing with her beautiful daughter. Fun fact: she used to attend trivia nights with the cast of Mad Men.