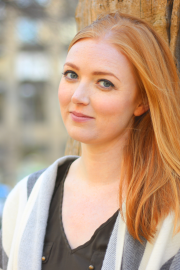 Caitlin is a New York City-based events professional and cheese aficionado. Originally from Tallahassee, FL, she graduated from Florida State University, where she majored in Music and sang with All Night Yahtzee, FSU’s premiere co-ed a cappella group. During her years in All Night Yahtzee, Caitlin served as the group’s choreographer and received “Best Choreography” awards at her 2007 ICCA Quarter and Semi-Finals, as well as the 2008 ICCA Finals, at which All Night Yahtzee placed second. Caitlin’s voice was featured on Voices Only 2009, singing Ben Folds’ “Missing the War” with All Night Yahtzee. Since graduating, she has served as music director of Boston’s The 508s, the founder and music director of Seattle’s Shot in the Dark, and as music director of Empire A Cappella. In addition to arranging for and performing with Concrete, she is a member of the Founder’s Board for the Contemporary A Cappella League.