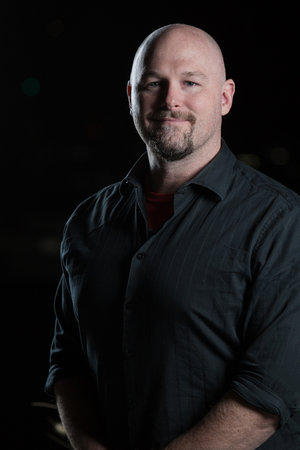 Tom has been heavily involved in music since childhood, as a singer and multi-instrumentalist, sound-engineer and producer, teacher and director. It was when he founded Frequency in 2009 that he realized his passion for contemporary A cappella and he fast became an advocate and enabler for others looking for a place to sing.

Formerly the Director of the Contemporary A cappella League and the Los Angeles A cappella Festival (LAAF), both for the Contemporary A cappella Society, Tom is still a frequent clinician and adjudicator in the world of contemporary a cappella, privately and at events such as ICCA competitions. Since it's inception in 2014, he has been the Director of Operations for A Cappella Academy. He is also the Music Director at Unity of Orange County where he features some of the talented singers he's met as guest soloists.

Balancing a family and a desk job, Frequency has enabled Tom to remain heavily involved in music on a regular basis and he's been grateful for every moment with his "Freqs". At home in Laguna Niguel is his wife of almost 20 years who he met in a vocal jazz class, 3 children who love music but don't care about a cappella, and a kitty who doesn't care about singing at all but might be a water-bender and future Avatar.