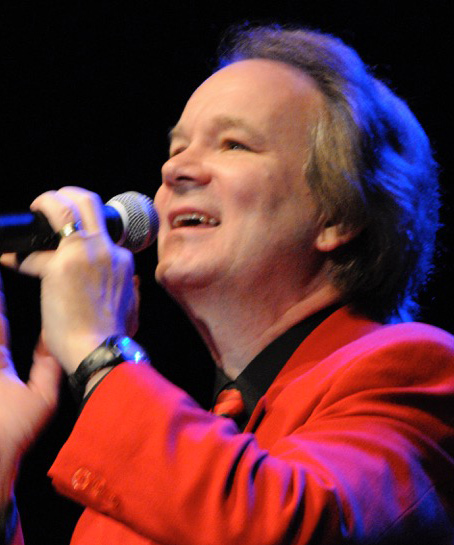 Paul Iams is the leader of two Chicago singing groups with long lives. He is the first tenor and red guy in Ac•Rock and also co-founder of The Caroling Party. Paul’s singing career started early as a soloist with the Dayton Rotary Boys Choir. In his high school years, he worked on the air at WING in Dayton, where he fell in love with sound and commercial music production. Upon graduating from Northwestern University, he started Imagineers, the legendary 70‘s Chicago jingle company whose clients included Coca-Cola, McDonald’s, Kellogg’s, United Airlines, Wrigley’s and hundreds of other national brands. In the early 80’s, Paul jumped over to “the other side of the glass”, trading production duties for a career as a studio singer, announcer, and even on-camera talent, a sample of which can still be seen on YouTube (look up McDonald’s McLean Deluxe). In the late 80’s, Paul co-founded The Caroling Party, a company of professional Christmas carolers. Each year, more than sixty singers from all areas of Chicago’s singing community perform (as quartets and double quartets) at more than a hundred events. Later, with some of the guys from The Caroling Party, Paul started Ac•Rock: a male quartet singing classic a cappella rock ‘n roll - great songs from the fifties through the eighties. Ac•Rock performs at corporate events, conventions, industrial shows, fairs and festivals all over the United States. They have seven CDs and a new one on the way this April.