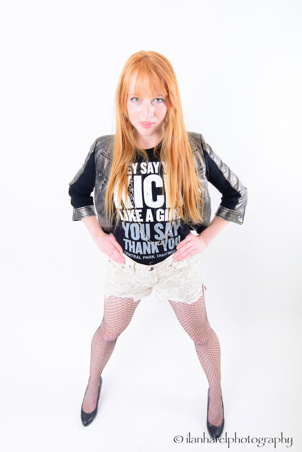 Olivia Harding made her a cappella debut in early 2014 when she began singing as a substitute bass with Element, an all-female group that competed on Season 4 of NBC’s The Sing-Off. She is a trained contralto and has appeared in rock operas, musical theater, and folk sings. Her favorite past role was Marguerite Ida and Helena Annabel in the electro-rock musical version of “Doctor Faustus Lights the Lights” at 3LD Art & Technology Center, NYC. Olivia is a founding member of Music the Gathering, an energetic and interactive folk trio that performs new arrangements of traditional music while incorporating elements of fantasy and roleplaying games. She graduated from Brown University with a degree in Comparative Literature (French and Old English) and Renaissance Studies, and she hopes to pursue a PhD in literature of the Viking Age.