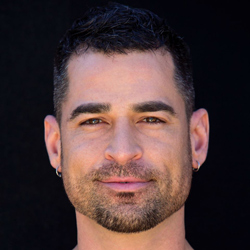 Marco Cassone brings a colorful palette of talent and experience to the judges table. A renaissance man at heart, this Seattle-ite has appeared in numerous theatrical and television productions and has been featured on dozens of studio and commercial radio recordings. Marco's professional career as an entertainer took off when he started his own Children's Entertainment business while juggling his degree in the Psychology of Music. In between magic shows, balloon sculptures, and Power Ranger impersonations that eventually took him across Europe, this Los Angeles native found a passion for jazz and classical vocal performance and studied theory and arranging with Grammy nominees, Phil Mattson and Roger Treece. Marco is most proud of his role as a founding member of m-pact (1996 National Harmony Sweepstakes Champions). In addition to maintaining a year-round, international touring and recording schedule, Marco acts as Business Director for the band and offers his consulting services to a cappella groups of every level (contact business@m-pact.com for more information). This year, Marco will celebrate his 1,000th performance with m-pact.