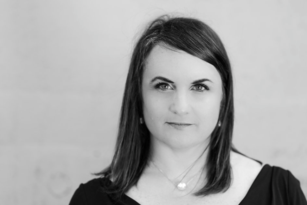 Deemed "expressive" (Oregonian) and "able to tell a story with every note" (Artslandia), Liz made her professional singing debut at the tender age of 9 in Austin,TX. Climbing up on a barstool to sing Ernest Tubb harmonies in her mama's honky tonk band, she soon realized she would do (just about) anything to be on the stage. She was often paid in red licorice back then and she was really OK with that.

As life would have it, Liz soon found herself in Portland, OR, where she attended Portland State University’s celebrated music school and began working with some of the best musicians in town. Her ties to the diverse Portland music scene combined with her talent have offered her tremendous opportunities.She has performed with Portland Opera, Opera Theater Oregon, Clackamas Repertory Theater, Mock’s Crest Theater, and in concert with Stephanie Schneiderman, Bryan Free, Rachel Taylor Brown, The Ahs, Roxy Consort, Hanz Araki, Katherine Claire, Resonance Ensemble, Portland Vocal Consort, Third Angle and Portland Cello Project.

She has been a featured vocalist on a number of premiere recording projects, including singing backup vocals for popular Singer-Songwriter, Stephanie Schneiderman on her album Live at the Old Church and for the amazing Hanz Araki and Katherine Claire’s album: As I Roved Out: Songs of Spring.