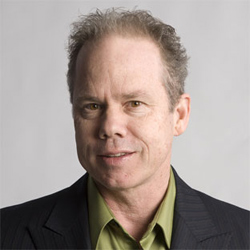 A bay area native, John is a member of the award winning San Francisco based vocal quartet CLOCKWORK. He is a musician, audio engineer, producer, adjudicator and architect. John received his first Grammy nomination for his work on the PM Singers album “Night in the City”, serving as both singer and recording engineer. John also sings with the Pacific Mozart Ensemble and is a featured soloist on the 2005 Grammy nominated performance of Leonard Bernstein's “Mass”, recorded in Berlin, Germany with Kent Nagano and the Deutsches Symphonie Orchester. He has performed at the Monterey Jazz Festival, Carnegie Hall and Birdland, and has engineered and produced live shows for Bobby McFerrin, Take 6 and the Hi-Lo's. John’s latest work can be heard on the new CLOCKWORK release “Every Voice Counts”.