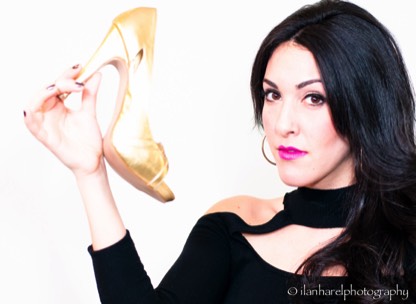 Jaymee Frankel is an actress, singer-songwriter, and competitive dancer. At Penn State University, where she received her degree in Theatre and Secondary Education, she sang with The Pennharmonics a cappella group, was a featured dancer and performer with the Penn State Mainstage Theatre program, and danced in the staged hip-hop documentary, “Word Up”, under the direction of Steve Broadnax. In 2008, Jaymee became the lead singer for The Kasenetz and Katz Allstars, brainchild of legendary music producers, Jerry Kasenetz and Jeff Katz. The Allstars made waves with an appearance on the cover of Billboard Magazine in June 2009, and Jaymee took an international tour to shoot music videos for the project. Jaymee currently lives in NYC, where she performs with her sister and father in an original band, The Frankel Sisters. The Frankel Sisters have played stages such as The Bitter End and Webster Hall in NYC and Revolution in Amityville. They were also featured on HBO’s Talent Showcase, FOX’s The X-Factor, and they were NYC finalists on NBC’s The Voice. Check out The Frankel Sisters’ first single and music video, "Don't Judge Me,” on YouTube @Frankelsisters.