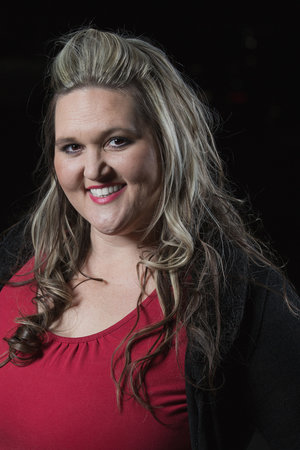 Jammie has been singing and performing for 28 years. She is experienced in a variety of vocal styles including Opera, Musical Theater, Jazz, Pop and Gospel. She has been teaching voice and piano for 20 years.

Jammie can be heard on the world premiere recording of Manuel del Pópulo Vicente García's opera, "Le Cinesi (Harmonicorde, 2009)". Jammie was the featured soprano soloist in Beethoven’s 9th Symphony performed at CSU Long Beach and also for Carmina Burana performed at CSU San Bernardino. She has also played the roles of Sarah in Guys and Dolls, Polly Peachum in The Threepenney Opera, Cinderella in Into the Woods, Mabel in Pirates of Penzance, Hope Harcourt in Anything Goes and Asaka in Once on this Island. She has vocal directed and choreographed shows such as, Grease and You’re a Good Man, Charlie Brown.

Her voice can also be heard singing jingles on The Tim Conway Jr. Show as well as the radio game show, “What the Hell Did Jesse Jackson Say?” on Thursday nights at 7pm on KFI AM 640.

Jammie has a Bachelor in Music with an emphasis in Vocal Performance. She currently teaches voice and piano and is also a Beachbody coach. She is happily married to her husband, Bradley and they have 3 beautiful daughters and 1 son.