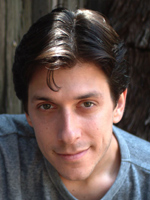 Eric has performed in dozens of a cappella groups over the past 25 years including the 2001 Los Angeles/National Harmony Sweepstakes Champions, Sixth Wave. For the past 15 years he has sung in a quartet with Dick Van Dyke called The Vantastix. He's appeared in on-screen groups "The Tone Rangers" (The Break Up), "The Shagarats" (How I Met Your Mother), and Andy's college group (The Office). He’s lent his voice to over 100 Films and TV shows including Star Wars: The Force Awakens, Pitch Perfect 2, The Jungle Book, Jurassic World, Minions, Jersey Boys, Toy Story 3, Avatar, Family Guy, The Simpsons, The Voice, Glee, and The Academy Awards. He's performed or recorded with Lady Gaga, Fall Out Boy, Barbra Streisand, Andrea Bocelli, Adele, Josh Groban, Michael Buble, and Neil Young. As a whistler he’s been featured in the films The Muppets, The Smurfs, Savages, as well as the theme song for Disney’s Mickey Mouse Shorts.