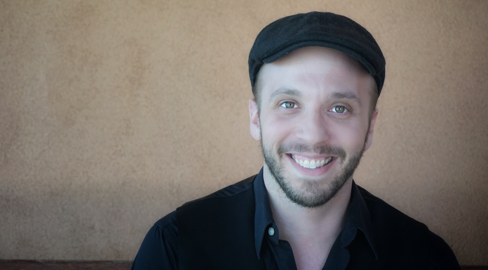 Eli Taylor is incredibly proud to be a part of such a wonderful and talented group of musicians. He had been searching for an opportunity to combine his passion for music with his love for Judaism and Israel and found a home in LU!

Eli first discovered his love for performing when he received his first substantial role as lead in Joseph and the Amazing Technicolor Dreamcoat at age 16. From then on he looked for every opportunity that would allow him to sing. Eli attended a non-musical degree program at The Theatre School at DePaul University, but still managed to find opportunities to perform. He even attended a few rehearsals for the school's gospel choir.

When he is not creating with LU!, Eli works as an Events Manager for the Jewish National Fund's Midwest Center of Excellence where he coordinates event operations for events throughout the Midwest and Southwest regions of the United States.

Eli received a BFA in Theatre Arts from The Theatre School at DePaul University.

Eli's soulful voice adds warmth to the group's sound and he is thrilled to work with such an amazing and talented group of people.