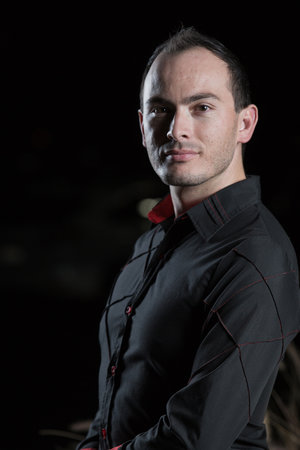 Elan has a deep passion for music, and it has always been an important part of his life. He has been in numerous music groups and studied music for 19 years. He earned his BA in Music from Colorado College where he helped found an all-male a cappella group called The Back Row. His most memorable experiences were touring Italy with a madrigal group, playing Hucklebee in The Fantasticks, Barnaby in Hello Dolly, David in Company, performing and recording with The Back Row.

For a few years after college, Elan immersed himself in dance with the Colorado Jazz Dance Company under the instruction of Zetta Alderman. He performed many times with this company and became a dancer, which paired well with his singing experience and love of musical theater.

Elan missed being a part of an a cappella group after college. That is when he discovered Frequency at the Los Angeles A Cappella Festival shortly after his move to California.