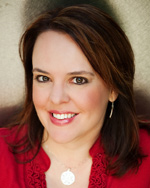 Cindy Bourquin is a full time musician in Los Angeles, CA, whose career spans many aspects of the business. She is a session singer that has worked on over 50 films such as Star Trek, Wall-E, Raiders of the Lost Ark 4, and Ice Age, and is currently featured on the a cappella score of the TV show Glee. She has also been featured on TV shows such as Nip/Tuck, The Drew Carey Show and Ally McBeal. She has sung on commercials for Visa, True Value Hardware, Burger King and The Walt Disney Company.

She is also a member of the award winning vocal sextet, Sixth Wave. Cindy is also a songwriter and is currently working on her first solo project. Cindy is also a busy educator, adjudicator and clinician. She teaches jazz at Santa Monica College, where her vocal group won a DownBeat Magazine Student Music Award for Outstanding Performance in 2007, and had the honor of performing at the 2008 International Association of Jazz Education International Convention in Toronto, ON.