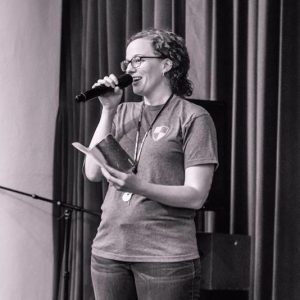 Beth received a Bachelor of Music in Vocal Performance and Music Education from Ithaca College, and a Master of Music in Vocal Performance from California State University, Northridge. In college, she studied opera, while also participating in musicals, madrigals, choir, and the all-female a cappella group, Premium Blend. In graduate school, she continued to study opera, and also began teaching voice lessons. She worked many administrative jobs along the way, and also directed church music from 2009-2014. Today, she is a voice teacher, coach and adjudicator in the greater Seattle area, while actively performing in local plays and musicals.