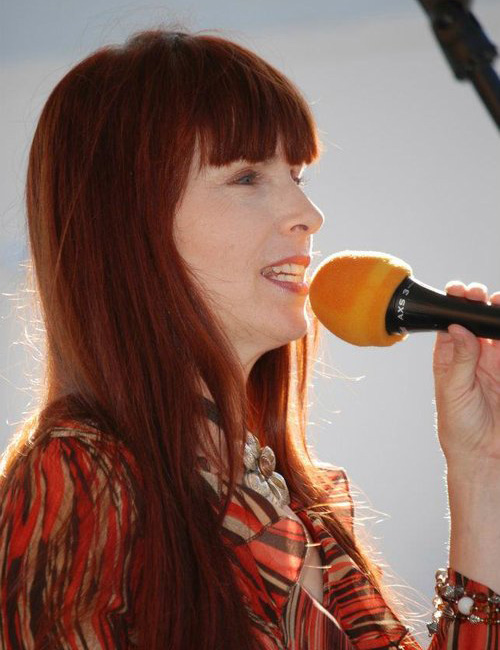 A veteran of the Bay Area vocal music scene Pollyanna Bush has released several recordings of her own music along with performing lead or backing vocals on over 100 other recording projects. She is an award winning songwriter ("Song of the Year" - West Coast Songwriters) and performs regularly throughout the region. She sang a cappella, along with Dave Worm, Bryan Dyer, Michael Smolens and others in The Mirabai Ensemble who were acclaimed for their vocal prowess and innovative arrangements.

Pollyanna has studied voice extensively and is one of the Bay Area's most highly-regarded vocal coaches. She has collaborated with other vocal luminaries such as Raz Kennedy and Dave Stroud and is much-sought after for her specialized knowledge and vocal techniques. She has significant experience nurturing artists and imparting a wealth of wisdom in the field of the voice to her students. She currently owns and operates Music Works Studio in Fairfax where she teaches vocal classes for both solo and harmony voices. She leads the popular SoarSing classes which includes circle singing, vocal improvisation and other forms of group harmony singing and is a conductor of the Sing for Your Life New Year’s Circle Singing event (founded by Bobby McFerrin).

Recently Pollyanna earned a three-year teaching certificate from Complete Vocal Institute in Copenhagen, Denmark, making her one of only three authorized coaches in North America. She also taught an "Extreme Vocals" webinar which explored the safe anatomical production of vocal effects, such as distortion, growl, grunt, screams, rattle, and more!

Pollyanna's students have gone on to land a range of professional gigs and starring roles in musicals, be accepted to prestigious music colleges and performing arts preparatory schools, and featured on NBC's The Voice.