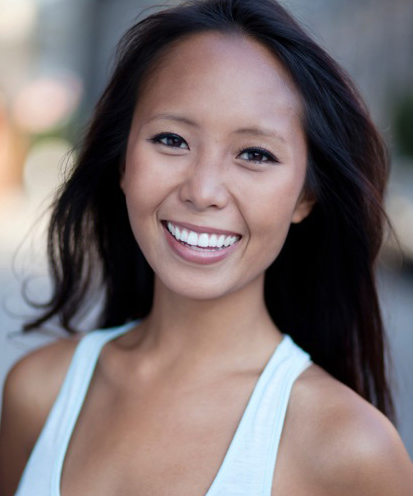 Emily Borromeo is a native of the sunny Bay Area, California and currently lives in NYC pursuing an acting and singing career. She graduated with a degree in Business Organizations and Entrepreneurship from Brown University and was awarded the William Weston Award for Outstanding Performance in Theater. Emily's love for a cappella manifested at an early age, when she was a freshman in high school. New to the a cappella scene, but armed with determination and raw talent, she formed a quartet with her good friends and they were featured on the Best Of High School A Cappella album that year. While at Brown, she was the proud leader of the co-ed a cappella group "The Higher Keys" with whom she won "Best Soloist" at The International Championship of Collegiate A Cappella. Most recently, Emily formed the female group Element, and appeared with them on NBC's "The Sing Off." The ladies of Element performed on "The Sing Off Tour" and just released their first self-titled album. Emily continues to perform in the city in various musical workshops, concerts, and cabarets, and all over the world with her 1940s swing vocal trio The Manhattan Dolls.