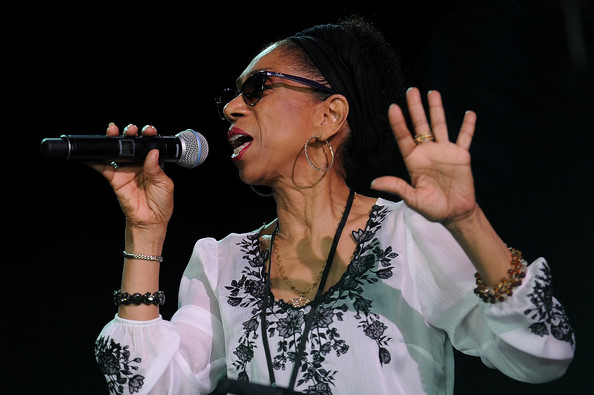 Carol Lynn Maillard is an actress, singer and composer. Her passion for the stage brought her to the D.C. Black Repertory Company and the beginnings of the vocal ensemble that was to become Sweet Honey In The Rock. Carol is an accomplished actress and has performed in film, television and on stage. Her theater credits encompass a wide range of styles from musical comedy and revues to drama and experimental. She has performed on and off Broadway (Eubie, Don’t Get God Started, Comin’ Uptown, Home, It’s So Nice To Be Civilized, Beehive, Forever My Darling); with the Negro Ensemble Company (Home, Zooman and the Sign, Colored Peoples Time, The Great Mac Daddy); and the New York Shakespeare Festival (Spunk, Caucasian Chalk Circle, Under Fire, A Photograph…); also at the Actors Studio (Hunter). She can be seen in the feature films Beloved and Thirty Years to Life. On television, Carol has appeared in For Colored Girls Who Have Considered Suicide and Halleluiah! ( PBS) ; Law and Order: SVU and Law and Order. Carol is a founding member of SWEET HONEY IN THE ROCK. Her powerful rendition of Motherless Child arranged for Sweet Honey, is featured in the motion picture, THE VISIT and the Dorothy Height documentary, WE ARE NOT VANISHING. Carol was Conceptual Producer for the documentary film on PBS’ American Masters 2005 – SWEET HONEY IN THE ROCK: RAISE YOUR VOICE! Produced and directed by Stanley Nelson (Firelightmedia Films), the film chronicled Sweet Honey’s 30th Anniversary year (2003). As a vocalist, she has had the privilege to record with Horace Silver, Betty Buckley, and the SYDA Foundations inspirational recording Sounds of Light. In 2003, her poem H2O Flow was featured as the opening selection of Marjorie Reyersons photo/poetry book WATER MUSIC. And in 1998, she penned the HERSTORY for Sweet Honey’s first songbook, CONTINUUM.

Sweet Honey in the Rock