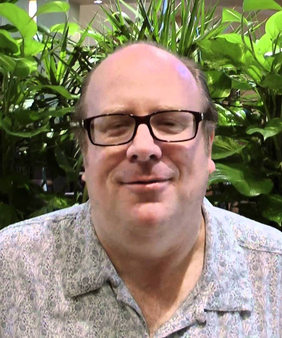 Bill Hare has been a full-time recording engineer/producer for 35 years, and is recognized as a pioneer in bringing pop/rock production techniques to recorded contemporary a cappella.

Over the decades, Bill has recorded and/or mixed acclaimed albums for some of the best-known Contemporary A Cappella groups around the globe - from The Swingle Singers to The King’s Singers in the UK, Basix to Vocal Line in Denmark, Italy's Cluster, The Ghost Files, Alti & Bassi and Maybe6ix, German supergroups Wise Guys, Amarcord and Maybebop to name just a few, as well as artists from dozens of other countries from Australia to Zimbabwe.

Of course, at the same time he also covered the USA from his home base in California, working with top American acts including The House Jacks, m-pact, Pentatonix, Peter Hollens, Street Corner Symphony, NoTa, Duwende, The Backbeats, Brian Wilson/The Beach Boys as well as working on the hit NBC Television show The Sing- Off.

Bill’s story was also told in the original book version of Pitch Perfect, from which the popular movies were adapted. Bill is the world’s most awarded individual Contemporary A Cappella producer, including more than 70 appearances on BOCA, over 100 CARA nominations, nearly 40 albums in the RARB "Picks of the Year" lists, and 11 "DeeBee" awards since 1987 in the Vocal Jazz category from Downbeat Magazine. Numerous appearances at the top of Billboard, iTunes, and other major charts. Multiple Gold and Platinum record certifications, as well as multiple Grammy Awards and nominations.