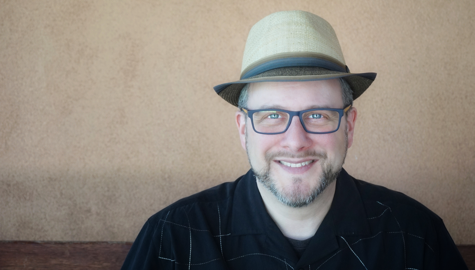 After every show, one young audience member invariably approaches the stage and asks Steve Singer, "How do you make all those sounds?" Steve pauses for a moment, smiles and replies, "I had way too much time by myself as a child." Indeed, part of the difficulty in describing Listen Up!’s sound resides in trying to understand what founder and musical director, Steve Singer does in performance and in the studio. Steve is a baritone/bass who would rather deliver stand-up than sit down (and be quiet). Doctor Singer (think Doctor Strange) was trained as a molecular neuropharmacologist, but in the band, he is simply Chief Noisemaker. Steve is a percussionist who loves experimenting with new sounds that give Listen Up! its eclectic flair and rhythmic soul. Steve's award-winning vocal arrangements speak for themselves.

All told, Steve is so thankful that this uncommon vocal band has provided a home for his creative energies since 1992. When not making noise on stage, Steve lives in Skokie, Illinois with his wife (and founding member-vocalist) Rebecca Klein Singer, and their 3 musical kids.