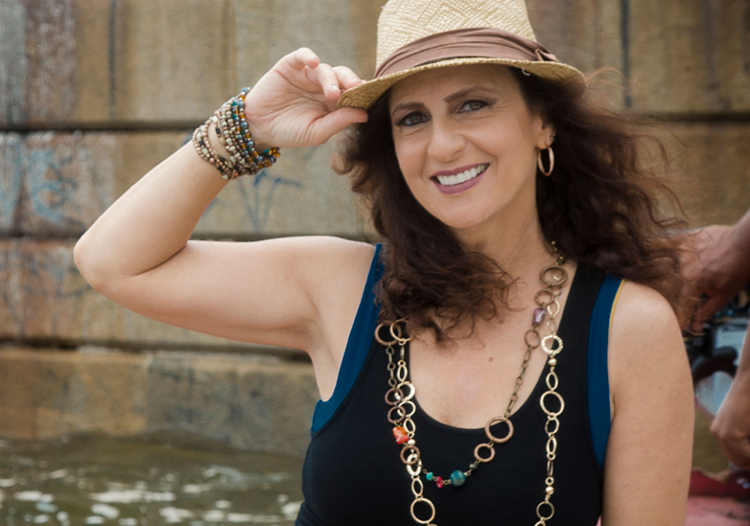 Once in a while, an artist is born with an inexplicable connection to a culture far from the artist’s origins. Such is the case with Sandy Cressman. Born in New York City of American parents, but with a Brazilian heart, Cressman began her recording career with the highly acclaimed vocal trio Pastiche, with whom she recorded three CDs, "That’s R&Bebop" (Pony/Canyon/Nova) "Remember That" (BluePrint), and "Pastiche"(Summit).

Sandy’s connection with Brazilian music was first sparked when she first heard the music of Ivan Lins while in college as a vocal jazz major San Jose State University. Sandy began exploring other Brazilian jazz musicians and began to study Portuguese. While many an American jazz singer flirts with the Brazilian Songbook, Sandy Cressman made a name for herself as a true devotee of the country’s greatest contemporary composers, interpreting songs by post-bossa masters like Milton Nascimento, Hermeto Pascoal, Gilberto Gil, and Filó Machado in Rio-accented Portuguese. The friendships forged with Brazilian musicians during her musical travels course through her captivating new album Entre Amigos, a project that marks a major new chapter for Cressman as a tunesmith. Entre Amigos features a gorgeous array of new songs created with a far-flung cast of collaborators, including the celebrated Pernambuco frevo composer/bandleader Spok, rising Brazilian-American guitarist Ian Faquini, pianist/composer Jovino Santos Neto, and pianist Antonio Adolfo, a Brazilian jazz master who got his start at the center of Rio’s early 1960s bossa nova scene.