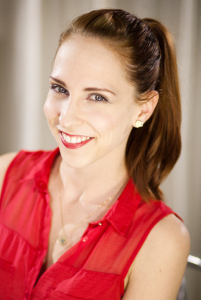 Marissa is a singer/actress, originally from Scottsdale, Arizona. Her first performance was at age five when she sang "The Good Ship Lollipop" in front of 100 people at her elementary school, and she has been hooked to the stage every since. Her acting career started at the ripe old age of seven, when she joined her first musical production of Aladdin at Scottsdale Desert Stages Theatre. She continued to perform in over 50 musical productions from elementary through high school, and is still active in the theater today.

Marissa now sings and acts in Los Angeles. She joined the band Minus Ned and has toured the country, opening for acts such as The Kooks. Recently, she was nominated for the ACTF Irene Acting Scholarship Competition at the Kennedy Center for her performance in the original production of Locals Only, written by High School Musical producer Bill Borden.