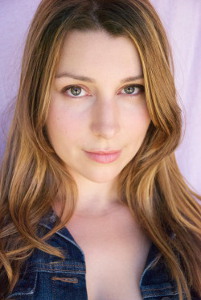 Mandy hails from the Kentucky side of Cincinnati, where her love for performing began when she joined the Greater Cincinnati Children's Chorus. During high school, she enrolled in Saturday school at the Cincinnati Conservatory of Music and performed in many productions. These opportunities led her to pursue a BFA in musical theater at the Boston Conservatory of Music. After graduation, Mandy returned to the theater scene in Cincinnati, where she managed stages and performed in several productions, including a "Best Ensemble" award-winning production of Jerry Springer: The Opera.

Now settled in Los Angeles, Mandy has continued to participate in the theater and has supplied vocals for many commercials. She spends her time doing voiceovers, taking acting classes, and working at a day job. She has recently taken an interest in writing and producing, after working for Slamdance Film Festival and serving as an associate producer for several independent films.