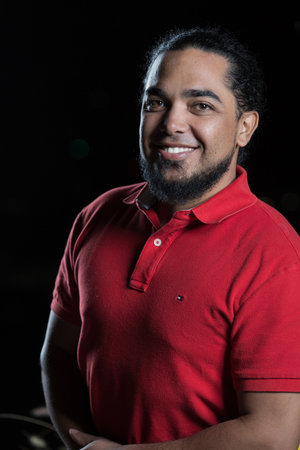 Gabriel Arguello, known also as Musical Mammal, is Frequency's resident noise maker. Influenced by beatboxers of the early days of hip hop, he began experimenting with a wide variety of vocal sounds in his adolescence, much to the annoyance of those around him. He continued his journey of musical discovery as he grew, and eventually began sharing his talents with audiences on stages across the country and the world. He has had the pleasure of performing alongside talented musicians & artists of a wide array of disciplines & genres of music in various capacities and hopes to continue to do so in the future. Musical Mammal is honored to have found such a group of talented vocalists to share the stage with and is eager to discover what the future has in store for him & his fellow Vocal Freqs.