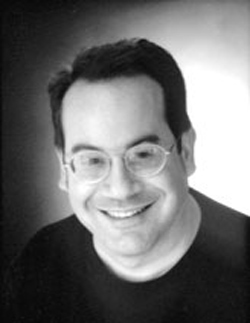 Bernie Muller-Thym is a former member of the national a cappella comedy act Da Vinci's Notebook. He has been an artist in residence at the Kennedy Center and has appeared on Comedy Central, the Today Show and PBS. He has been heard on countless radio stations and stages across America and can even be found on You Tube. Bernie is now involved in teaching, giving performances and song writing workshops, as well as singing, writing music and performing with his guitar, Latin percussions, lips, hands, etc., etc., and still looking for the perfect band.