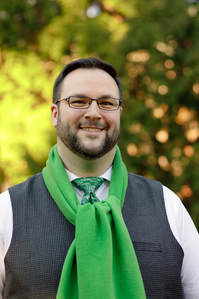 Andrew has been in the business of making music for most of his life. His first musical love was percussion (drums), which he began playing in Elementary School band and continued with all the way through high school. In 6th grade, he joined the Columbia Choirs where he met most of the other members of the Emerald City Voices. Over the next 20+ years as a member of Columbia Choirs, he's performed in countless concerts, traveled to Europe, Canada, and within the U.S. a number of times, and competed and placed in several world renowned music competitions. He's very grateful for the opportunities he's been given, and looks forward to what his future holds with ECV!