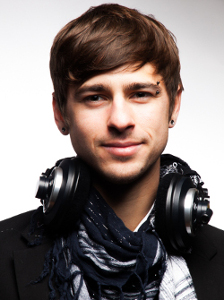 Aaron is a singer, musician, and educator based in Studio City. As a native Texan, Aaron enjoys BBQ, two-stepping, and open skies, but recently forsook his cowboy hat at home in favor of the west coast. Having graduated with his Bachelor's degree in vocal jazz studies from the University of North Texas in 2013, he has built a reputation as an unbridled stage energy, talented instrumentalist, and sought-after studio personality.

Aaron's voice can be heard on HBO and TV commercials across the country. He has performed for former President George W. Bush, at a Dallas Cowboys halftime show, with Carnival Cruises, and for numerous music conferences and festivals. He enjoys polka music, taco trucks, and coffee any time of day.