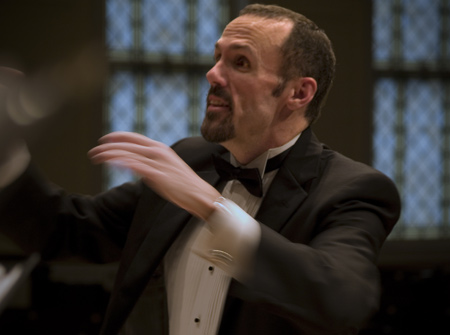 Timm Adams is enjoying his fifteenth year as Associate Professor of Music at Rockford University where he teaches a variety of voice and musical theater-related courses, conducts three choirs and musical directs the Performing Arts Department’s main stage musicals. For 15 years, he was the proud Artistic Director of the Chicago Chamber Choir, presenting more than 40 concert series and producing 4 CDs. He stepped down from that position in 2014 in order to devote more time to the growing Performing Arts Department at RU.

In the fall of 2015, Adams was awarded a sabbatical from the university, during which he directed and performed in Pump Boys and Dinettes in his home town of Kansas City. He also furthered his research in vocal pedagogy for contemporary singing styles (rock and musical theater, primarily) by shadowing six prominent musical theater and rock voice teachers in New York, Virginia, and Pennsylvania.