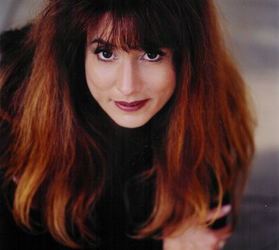 Grammy nominated and award winning recording artist,singer-songwriter & producer Roberta Donnay began singing at the age of five and never stopped! She has released 5 CD’s,and her songs have been used in films and on TV, on programs such as Nash Bridges, The Young & The Restless, Days of Our Lives, One Life to Live, All My Children, and That's Life. She has opened for artists such as Booker T, Tommy Casto, The Black Crowes, Peter Coyote, David Grisman, Dan Fogelberg, Woody Harrelson, Colin Hay, Dan Hicks, Jonny Lange, Huey Lewis, Eddie Money, The Mother Hips, Lenny Williams, and Neil Young. Through DivaBands, an organization she co-founded to promote women in music, she has booked national tours, both for herself and for other female artists. Roberta is currently working on a new jazz CD with legendary jazz producer Orrin Keepnews (John Coltrane, Miles Davis, Thelonius Monk etc). Roberta’s website is www.robertadonnay.com.