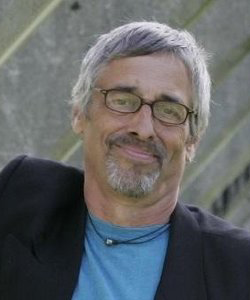 Richard Bob Greene is an award-winning composer, arranger, singer, writer and producer. As the co-founder and creator of the nu-wave a Cappella super group The Bobs, Greene fractured and reconstructed the rules for popular music. He was nominated for a Grammy for his and Gunnar Madsen's a Cappella arrangement of the Beatles "Helter Skelter". As a composer and songwriter/librettist, Greene has received commissions from Lincoln Center, the Los Angeles Theater Center, the Minnesota Opera, Oberlin Dance Collective, ISO Dance Theater, National Public Radio and many others.

He has written music for the feature films "Breaking the Rules" "For Better or Worse" and "Man in the Moon" (the Andy Kaufman bio-pic). He was one of the vocal arrangers for the 1995 Emmy Awards starring Jason Alexander. He has recently turned to producing for other a cappella groups and in the past year has done CDs for "Throat Culture," "Toxic Audio" and "Da Vinci's Notebook." His most recent credit is as directorand host of the A Cappella Foundation's "Arranging For Vocal Groups" video.