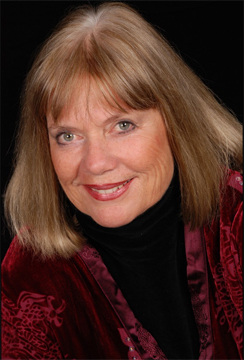 before Julie met Willow Wray and their long history as singing partners began. After a year of performing together as a duo in coffee houses and local SF Bay Area clubs, Willow and Julie signed on as backup singers with Terry Garthwaite, lead singer for the nationally successful rock band Joy of Cooking. After her tour with the Joy of Cooking in the early 70s, Julie's strong vocal style was noticed by a Jazz/Rock group Small Change and they brought her onboard as a lead vocalist. Small Change featured cutting edge musicians led by guitarist/performance artist Paul Dresher. During this period, in addition to working with Small Change, Julie was a regular vocalist with Dick Oxtot's Golden Age Jazz Band.

It was in the late 70s that Terry Garthwaite introduced Julie and Willow to Sheilah Glover. Their vocal blend and love of harmony was an immediate conduit for a successful partnership. Thus began their 24 year adventure of singing together as Nicholas, Glover & Wray.

In addition to their impeccable vocal blend, Julie's roll in NGW has been invaluable as a major contributor to the harmony arrangements for which NGW has gleaned their reputation. In addition, Julie brings notable talent as a blues stylist. Her gutsy and belting style adds an element of soulfullness to their ensemble work as well as Julie's solo performances.

Julie holds a B.A. Music and M.A. Music from Dominican University of California. She is an Ass't. Professor of voice at Dominican and teaches several classes, of which she designed the curriculum. The courses include: Songs that Built America; Occupational Songs of the Nineteenth Century; Early American Woman through Song (Women and Gender Studies Colloquium), and Bringing Music Into the Classroom (a course for credential candidates). Her most recent course is "Talking Back: The Blues and the Emergence of Black Female Voice."