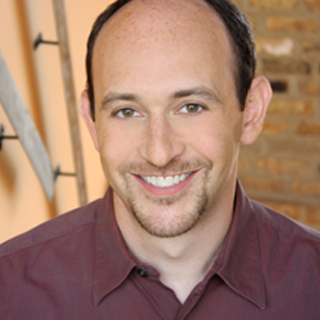 Jason Sperling is a graduate of Northwestern University, and has been singing a cappella for almost 15 years. He performed the world premiere of "A Touch of Your Hand" from the Nylons "Happy Together" album when he attended school with its composer. He has performed with Melodious Thunk, Blind Man's Bluff, The Navy Pier Players, and Lake Shore Jive, among others. Jason has also become an accomplished singer of a cappella religious music, having caroled with Redmink and The Carolling Party, as well as singing as a soloist with the Holy Day choirs at North Suburban Synagogue Beth El and Congregation B‚nai Emunah in the Chicago area. Jason is an actor and singer around Chicago, and is an original member of Barrel of Monkeys, a children‚s writing and theatre company.