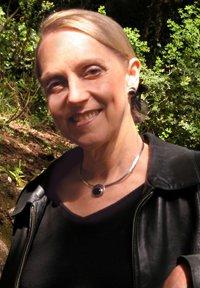 Jan Pedersen Schiff, is a master vocal teacher and choral conductor with Bachelor and Master’s Degrees in Music Education, Choral Conducting with Vocal Pedagogy emphasis. She founded Singers Marin, a nonprofit performing arts organization some 30 years ago, that now supports 7 choral ensembles for youth and adults. The teen chorus, les etoiles, has traveled extensively and won 1st and 2nd place, bronze, silver, and gold awards at numerous international festivals. Guest conducting opportunities have included the Lincoln Center, Carnegie Hall and the Mormon Tabernacle Choir. Her awards include the Susan B. Anthony Award for Cultural Achievement in Hollywood, the Marin Women's Commission Certificate of Commendation, and a Milley Award for her contributions to the creative life of Mill Valley. She’s been inducted into the Marin Women’s Hall of Fame, and most recently received recognition from Mark Levine of the California State Legislature for 30 years of service to the community of Marin. Ms. Schiff will be returning as a Guest Artist to Carnegie Hall next month on April 28th, as part of MidAmerica’s 35th Anniversary Concert Season, conducting “Frostiana” by Randall Thompson with a 150 voice choir and orchestra.