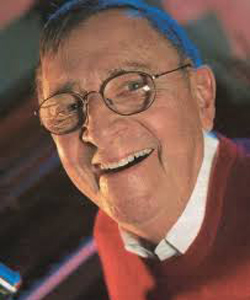 Gene Puerling is known throughout the world of music for his hghlt distinctive choral arranging. He was the guiding light in two premier jazz vocal groups; The Hi-Lo's and the Singers Unlimited. During his career, he has written arrangements for Linda Ronstadt, Rosemary Clooney, Michael Jackson, Manhatten Transfer, The Ritz, The Vocal Majority and Chanticleer to name a few. Mr. P os also active as a clinician/ejudicator in the educational music field. Many of his arrangements are published by Shawnee Press, Columbia Pictures and Hal Leonard. Among his many commendations are a Grammy Award for his vocal arrangements of "A Nightengale Sang in Berkeley Square" as recorded by the Manhattan Transfer, and 14 Grammy nominations.