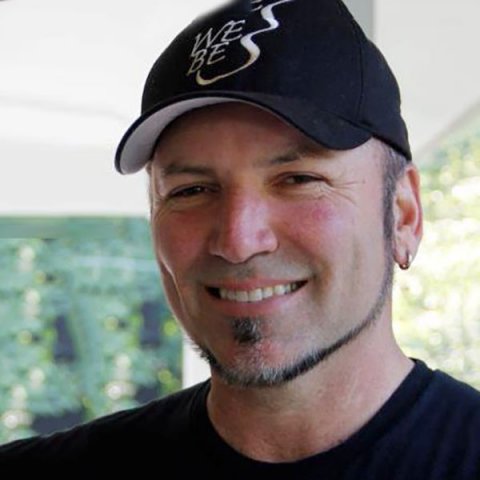 Oakland native, David Worm began his singing career in 1985 with the Bay Area groups Jazz Mouth and Vocal Front. In 1989 he became a founding member of Bobby McFerrinºs Voicestra ensemble and has remained a regular performer with Mcferrin, being featured on recordings videos and touring with the early Quartet Hard Choral, and McFerrrin's recent project Circlesongs. David is also one of the original founding members of the a cappella group SoVoSo, with whom he still performs. SoVoSo has released 5 albums and tours internationally. David has worked extensively with the Bay Area Dance community, having scored or co-written original works for ODC, Robert Moses Kin,( this work being a recipient of an Isadora Duncan Award), Tandy Beal, Project Bandaloop(an Isadora Duncan Award nominee), Axis Dance( another Isadora Duncan Award nominee) and Suzanne Gallo. Davidºs music has also been used in scoring the film documentaries ÑStepUpæ and ÑLove Francescaæ. David has over 40 record credits as a session singer, is in-house producer for sales America and has appeared in music videos for Kawasaki and Levi Strauss