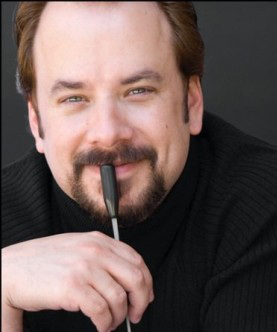 Daniel Hughes is in constant demand as a conductor, accompanist, coach and choral clinician. He serves as the Artistic Director & Conductor of The Choral Project. Celebrating 12 years of musical excellence, the ensemble has been hailed by the San José Mercury News as “a Bay Area jewel," and "...there is nothing subtle about why this is one of the best choirs you will ever hear." The Choral Project has released six albums on the Clarion label. Additionally, Hughes serves as the Artistic Director of the Silicon Valley Gay Men’s Chorus, an acclaimed organization committed to inspiring our diverse community through musical excellence and collective pride. He has extensive training in piano and voice, and holds a Master of Arts degree in Conducting from San José State University.

Awards include: 4th place in the 35th International Choral Competition in Gorizia, Italy; the second place award in the ACDA National Student Conducting Competition; the Christina Cadena Memorial Accompanying Scholarship; and the California Arts Scholar Awards for piano and composition. Collaborations include work with Costa Rica’s Café Chorale, the San José Chamber Orchestra and creative work with award-winning Broadway composer & lyricist Stephen Schwartz. Hughes recently served three terms as the Repertoire & Standards Chair for Community Choirs for the Western Division of the ACDA, and is currently serving as Bay Area Representative for the California ACDA Board. He is an accomplished composer & arranger, and has his own choral series through Santa Barbara Music Publishing. Mr. Hughes’s biography is featured in the 62nd edition of "Who’s Who in America."