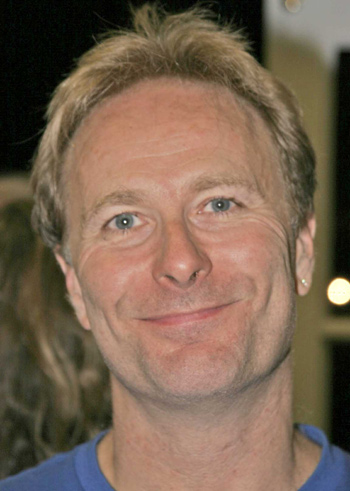 Bryan Matheson is the owner of Skyline Studios, one of the Bay Area's longest continuously operated recording studios. During the past 25 years, Bryan has had extensive experience on both sides of the glass, as a recording engineer/producer and as a session singer, and has won numerous awards for his film TV, and radio work. A Cappella groups he's worked with include The Edlos, Solstice, Clockwork, Ro Sham Bo and The Bobs. As a vocalist, Bryan has a long list of radio, TV and CD credits, as well as a 2006 Grammy nomination for his work with The Pacific Mozart Ensemble on the Leonard Bernstein Mass, performed and recorded with Kent Nagano at The Berlin Philharmonic.

Bryan is also the founder and CEO of iMusicast , which from 1999 to 2005 produced live webcasts from its concert venue in Oakland. Through six years of concerts, iMusicast became the epicenter of a vital East Bay music scene, enjoying enormous support and goodwill from fans, local bands and national touring acts. Bryan is also a member of the faculty at San Francisco State University, teaching recording classes in the Music Recording Industry program.