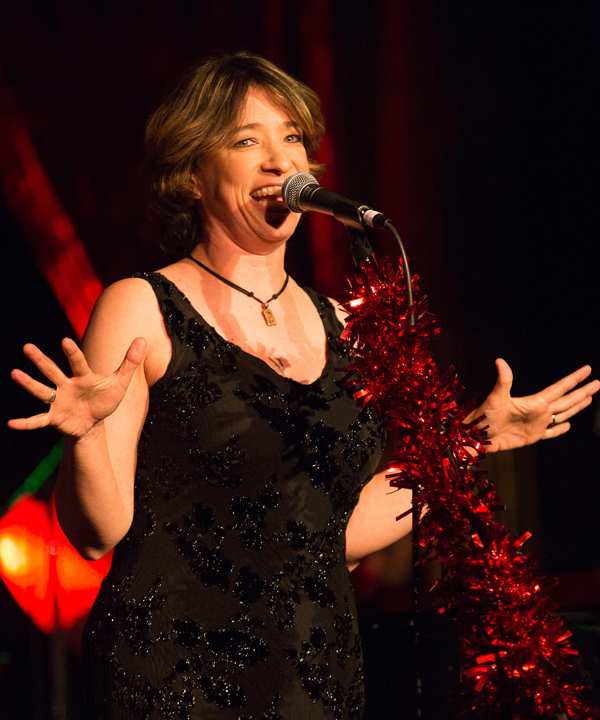 From 1998-2011, AMY ENGELHARDT was the sole female vocalist/writer/arranger for Grammy-nominated, genre-busting legendary a cappella quartet The Bobs. A session and concert singer of everything from Bach to rock, Amy has shared the stage or studio with a wide range of artists from Barbra Streisand to "Weird" Al Yankovic. Last summer, Amy made her Off-Broadway debut as composer/lyricist of the rock musical BASTARD JONES (“Smartly plotted and irrepressible, with hummable pop music to match.” - TimeOutNY ). Winner of the Burman Award for Songwriting from the Manhattan Association of Cabarets (MAC), Amy co-created and was Artistic Producer of TUNE IN TIME - New York’s Musical Theater Game Show (“A hilarious romp!”- StageBuddy). When not musical theatre-ing it up in NYC or LA, Amy performs house concerts all over the country and coaches all levels and types of vocal ensembles.