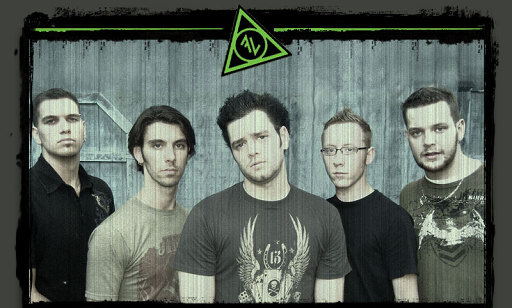 The Fault Line - Infectious energy sweeps the stage as five powerful voices prepare themselves for their first note. And by that first note, audiences will know that they are in the presence of vocal rock's latest superstars.; Launching their own bid for national stardom, The Fault Line takes the leap into mainstream rock without the use of instruments. With their heavy hitting, vocal percussion driven music, spectacular harmonies, stunning arrangements, ranging from the likes of The Used to Bill Haley & His Comets to Fall Out Boy, as well as a variety of originals, their music is garnering fan reaction to rival some of the most popular musical groups of all time... ...while introducing those fans to the instrumental and vocal power of the human voice.

Composer, arranger, and singer Roger Treece has spent the past several years developing a new kind of choral music, combining traditional classical elements with jazz, funk, gospel, and the vocal innovations of his frequent collaborator, Bobby McFerrin. He has been commissioned by the Danish Radio Symphony, the Los Angeles Master Chorale, the Chicago Symphony Orchestra’s Ravinia Festival, the Chicago Children's Choir and many others around the world. Roger has produced and arranged over 30 albums for artists such as the Bobby McFerrin, the Manhattan Transfer, the New York Voices, Mark Murphy, and Janis Siegel, as well as music for film and television, earning him two Grammy Nominations, fourteen downbeat awards, and industry accolades for his music education projects for children. Roger tours worldwide as a vocal soloist and a member of Bobby McFerrin's 12-piece vocal ensemble, “Voicestra”. In addition, he travels the world as a clinician and guest teacher, covering a wide range of topics, including improvisation and creativity, harmony and arranging, rhythm and groove, and solo-vocal technique. In 2007, Roger will tour world-wide with Bobby McFerrin and “Voicestra”, conduct his own solo clinics and master classes in the US and Europe, and will finish his work (as producer/arranger, co-writer, singer) on the upcoming Bobby McFerrin choral album, the ambitious brainchild of manager/producer Linda Goldstein. This project has, to date, recorded over 800 hours of 40 of the world's most intriguing musicians, including the Rolling Stones' Lisa Fischer, The Manhattan Transfer's Janis Siegel, The New York Voices, Rhiannon, Luciana Souza, Theo Bleckman, members of Voicestra, Earth, Wind and Fire's David Whitworth, and many of New York's top session singers. Roger's compositions and arrangements for choir, orchestra, jazz band, jazz choir and combos are published through UNC Jazz Press, LINDALAMAMA MUSIC, and his own company, Audible Art.

Brooklyn born Lisa Fischer is one of the most accomplished, versatile and sought-after singers in pop music today. One can hear her voice on everything from Cool Aid commercials to Saturday Night Live, as well as every ROLLING STONES world tour since 1989. After attending the Fiorello H. Laguardia High School of Music and Art and Queens College, Lisa became involved in the NYC session scene and was soon discovered by Luther Vandross, who mentored her and featured her on his tours over the next 15 years. Her expertise and exposure while touring with Mr. Vandross led to a deal with ELEKTRA and a collaboration with producer Michael Narada Walden which culminated in the release of her first solo album, SO INTENSE, which garnered her a Grammy for Best R & B Vocal Performance in 1991 for her hit single "How Can I Ease the Pain". Since then she has performed with Chaka Khan, Al Jarreau, Tina Turner, Madonna, Beyonce, Mary J Blige, Seal, and many others, sung on numerous movie soundtracks including “Casino”, “Made in America”, Home alone 2”, and recorded with producers David Foster and Arif Mardin, among others. In addition, Lisa has appeared on the David Letterman show, The Conan O'Brien show, the Kennedy Center Honor's, and the 2007 Rock and Roll Hall of Fame Awards. Hard at work on a new solo project, Lisa is excited about judging this regional of the Harmony Sweepstakes.

John Burke has been actively involved with a cappella singing for over 50 years, notably as Music Director of the Yale Whiffenpoofs in 1972, and, continuously since then, as leader of alumni groups, ranking quartets, and various glee organizations on both coasts. A former AGMA member of the San Francisco Symphony Chorus, John is currently co-director of The 10, an 18-man (don’t bother counting) singing group, and a 20-year member of the University Glee Club of NY City.

Jonathan Minkoff has directed various a cappella groups since 1984. Six of those years were spent as the Founder and Artistic Director of the full-time men's a cappella rock quartet, Blind Man's Bluff. While directing and performing with Bluff, he toured nationally, recorded radio and TV commercials, shared the stage with national recording artists like All-4-One, headlined the Improv Comedy Club,and singing the anthem for the World Champion Chicago Bulls. He has received numerous musical awards including the National Harmony Sweepstakes' Best Original Song and Best Original Composition, Chicago's Sweeps Champion, and Chicago's Audience Favorite. Minkoff judged both collegiate and professional a cappella competitions including the New York and Chicago Harmony Sweepstakes, NCHSA and NCCA. For his own vocal compositions, Minkoff was selected as one of only two composers in the prestigious New York City Genesius Guild's Revolutionary Writers program.
Jonathan has been the Executive Director and Producer for the East Coast A cappella Summit since 2003 and he is currently serving his third term as the President of CASA - The Contemporary A Cappella Society, a not-for-profit organization dedicated to the furtherance of a cappella music. In late 2004 Minkoff received national attention as a featured expert in a cappella music on The Jane Pauley Show where he also musically directed, arranged for, and performed with the Jane Pauley Singers. Minkoff runs a vocal-centered recording studio, "Minkoff Arts, LLC", where he records, writes and produces for various artists like: former Boston Harmony Sweepstakes Champions, Ball In the House, Vocal Percussionist Extraordinaire, Wes Carroll, Voiceover Queen, Diana Preisler and others. In 2005, Minkoff joined the pop funk a cappella band, Blue Jupiter as a pro temp member. He is now their producer. Personal Motto: sleep is for the weak.

Judith Douglas is presently Team Coordinator and Assistant Director of Metro Rhythm Chorus, Sweet Adelines, Int.'l. (SAI) She has been a member of SAI for 25 years and has her certification as a "Front Row" Director. Judy's expertise is in the area of vocal training. She Directed Golden Apple Chorus, SAI, in Westchester, NY for nine years. Judy has held positions as choreographer and Asst. choreographer for four choruses in the SAI organization and at present, is working toward her judges certification in the Expression Category for SAI. She is excited about this competition and hopes all the hard work will benefit our fine contestants!

David Buffum is a producer, arranger and award-winning director of A Cappella music in the Philadelphia and DC areas. For 8 years, Mr. Buffum produced the popular Philadelphia A Cappella Fest, which enables local secondary school vocal groups to sing with nationally renowned professional groups. Under his direction, the A Cappella group at Germantown Friends School in Philadelphia was selected to the BOSHA (Best of High School A Cappella) compilation in 2001 and 2002 and won the CARA award for national song of the year in 2002. A founding member of the Vineyard Sound he has been singing A Cappella for over 15 years, has arranged dozens of contemporary pieces and has performed for and with celebrities internationally and at home. He has been a judge at the ICCAs and at the Mid-Atlantic Harmony Sweepstakes and is happy to be returning as a New York judge for a third time.