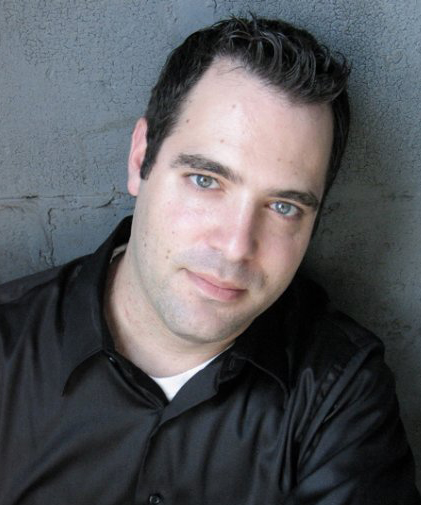 Warren Bloom played trumpet and trombone in grade school, but began singing "for real" as a founding member of Spur Of The Moment at Brandeis Univ. He later sang with Jazz Vocal 2 at the Univ. of Miami Frost School of Music, and musical-directed the summer pro group The Hyannis Sound. Since returning to NYC in 1997, he's been MD and/or bass and/or VP for numerous a-cappella projects, including Doo*Wa*Zoo (Best Jazz Song nominee, 2000 CARAs), Dobsonfly (heard in the film The Rules of Attraction), Minimum Wage (2002 NYC Fringe Festival and off-Broadway runs) and Invisible Men (numerous New York and Boston Harmony Sweeps awards), and was a staff arranger for the Ultimate A Cappella Arranging Service (now Total Vocal). Warren has been teaching musical theater (to middle- & high-schoolers) at the Usdan Center for the Arts in Huntington, L.I. most summers since 1998, and also spent a year as a composer/lyricist in the BMI Lehman Engel Musical Theater Workshop. He's been a regular ICCA/ICHSA judge since 2002 (including the 2006 college and high-school finals). He began his formal teaching career as the band & orchestra director at Talent Unlimited High School in Manhattan for three years, and now teaches general music (K-5) and band at P.S. 8 in Brooklyn Heights. He's also a freelance voiceover artist, live sound tech (for numerous vocal groups including Naturally 7, Ball in the House, Six13 and Unsung Heroes), and music copyist. He holds music degrees from Brandeis Univ., Univ. of Miami and CUNY Hunter College.