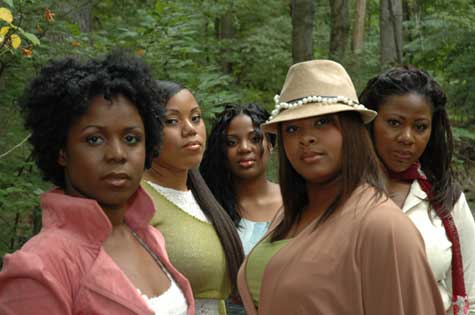 Traces is a female quintet dedicated to pushing the envelope of female vocals to the limit. Although the group has been around only for 2 years, the individual members have been singing all their lives. With musical influences like Take 6 and The Real group and The Jackson 5, there's usually something to look forward to when these ladies step on stage.

DR. JAMSHED BHARUCHA was named Provost and Senior Vice President at Tufts University in 2002. He formerly served as Dean of Faculty and Deputy Provost at Dartmouth College, where he was the John Wentworth Professor of Psychological and Brain Sciences. At Dartmouth, he received the Huntington Teaching Award and the Undergraduate Teaching Initiative Special Award, and held appointments in the Center for Cognitive Neuroscience, the Program in Linguistics and Cognitive Science, and the Program in Electro-Acoustic Music. He was a Fellow at the Center for Advanced Study in the Behavioral Sciences at Stanford in 1993-94 and a visiting scholar at Cornell and Carnegie Mellon Universities. Dr. Bharucha’s research is on the perception of music, using computational neural net modeling and brain imaging techniques. He has received numerous research grants, has served on the National Science Foundation’s advisory panel in Perception and Cognition, and was Editor of the interdisciplinary journal Music Perception. He has co-developed two successful software products for teaching. A 1978 graduate of Vassar College, he received a master’s degree in philosophy from Yale in 1979 and a Ph.D. in psychology from Harvard in 1983. He served as a Trustee of Vassar College for eight years, where he chaired the Budget and Finance Committee. He is a Trustee of the International Foundation for Music Research.

GENE KELLY, is choral director at the Cambridge Rindge and Latin School. He is a graduate of Bucknell University (where he was once a Bison Chip – their all-male vocal group), Berklee College of Music, and NEC.  He has been immersed in musical performance by  singing, teaching, and performing jazz in the Boston area for the last 20 years.  He loves a cappella Boys 2 Men, Take 6, and regularly plays jazz piano at Ryles and Johnny D’s.

MASTER SERGEANT LAURA C. NOEL, a native of Lancaster, Pennsylvania, enlisted in the United States Air Force in September 1989 as an Aerospace Control and Warning Systems Operator. After two world tours as a vocalist with the Air Force entertainment group Tops In Blue, she cross-trained into the Air Force band career field. Sergeant Noel has served tours of duty in Florida and Georgia, and overseas in Belgium, Japan, and Korea. In January of 2003, she received her current assignment with the Band of Liberty.  Sergeant Noel is attending Boston University, where she is pursuing a Master's Degree in Arts Administration.

ELLEN SCHREIBER is the Executive Director of the Walk for Music, a collaborative fundraising event on April 30, 2006 that will raise hundreds of thousands of dollars for grass roots arts organizations, with the goal of keeping music alive and funded in Boston's neighborhoods and surrounding communities. Previously, Ms. Schreiber was the co-founder of the Boston Children's Chorus, a multi-racial, multi-cultural arts organization that brings together children from urban and suburban neighborhoods to discover the power of singing and to serve as ambassadors for their city. Ms. Schreiber is also a soprano, whose volunteer service includes roles on the boards of the Greater Boston Choral Consortium, Back Bay Chorale, PALS Children's Chorus, Nashoba Valley Chorale, on the steering committee for the National Arts Marketing Project, and as the producer of many plays and concerts.

MICHAEL TURNER is the Chair of the Performing Arts Department at the Noble and Greenough School in Dedham, where he has been Choral Director since 1988. Among his other ensembles he is director and arranger for the girls' a cappella group Greensleeves. Past a cappella experience includes direction and arranging for the Simmons College Notables and the Dedham-based Second Wind. He is currently Artistic Director of the Neponset Choral Society in Foxboro. Mr. Turner is a graduate of the Boston University School of Music and holds a Master of Music in Conducting and Composition from the Longy School of Music. In 1992 he was awarded a fellowship at Northwestern University. He has studied conducting with Jeffrey Rink, Thomas Dunn and Robert Harris, and served as assistant to Lorna Cooke deVaron.  Mr. Turner is an active member of the Massachusetts Music Educators’ Association and designed the database and web site used by the Southeast District and Massachusetts All-State for audition registration and adjudication. He lives in Dedham, with his wife Stacey and their children, Wilson, Mackenzie and Bailey.